Many years ago, back in 2012 I setup a record label (Red Dragon Records) which was actually quite successful, and in fact having that label ended up in creating the video platform that was eventually pivoted into Clickasnap. I’ve always loved technology, I rebuilt my first internal combustion engine at 11 ( a Lister D), rebuilt a Ferguson TE20 tractor at 13, built a 2.5 ton electro-hydraulic crane at 15 and had acquired several patents by the time I was 22. With this love of technology I always closely followed most emerging tech, the major one of course being the advent of the Internet. One of the things i expected to come with the internet, as i suspect many of us born pre-1990 did, was more freedom, income and time due to the flexibility and worldwide audience it gave us access to. Over the last 8 years or so i guess, I have seen all of this eroded, alot of which has been by gatekeepers that purport to connect people but actually do exactly the opposite (Metas feed for example). One of the most eye opening moments for me (and this is why i mentioned the label) was the growth and uptake of Meta. Part of any successful marketing strategy back then was to create a Meta page, pay Meta to build up your likes so that you had a ready made audience, pretty similar to building an email list and being able to reach your audience at any time. We followed this strategy and ended up with about 12,000 likes or so, we could post links and really get some traffic to wherever we directed it too. Then, literally overnight our reach dropped to sub 1%, we had spent, in excess of £13,000 with Meta to build up an audience for us to reach and it had been removed overnight, this of course happened to many millions of pages, to add insult to injury, if we uploaded content directly to Meta our reach would be expanded, so, we had to pay to create content, upload it to our Meta page, Meta would show it to people and Meta would make money from it. Something about this wasn’t quite right. I actually suspect a lot of startups, hobbyists, and mom and pop business’s gave up because the amount of time they have to spend jumping through hoops to attempt to get their content seen on sites like Meta is astronomical, which is one of the main reasons we stick with original marketing techniques and waste no time on that particular platform, I actually attribute that partially to our success and position today. Of course that is open to debate, but it is the position i hold on it.

Anyway, the point of this article? Well, the video platform prior to Clickasnap that was built, was built because i wanted fairer rewards for our content creators, whom in this case where musicians. They didn’t realise that it really didn’t matter where they put their content, it would always be found as long as they told people where it was. I often heard; ‘But they (Youtube) have 2 billion users’ My response was often; ‘Upload a video, tell no one about it, and let me know how many of those 2 billion users found your video’ For those who tried it, the answer was always zero. (People do not realise that it really is not in the platforms interest for their content to be easily found, why is this? Because they can charge you to show your content to people on the platform.) We unfortunately eventually had to shut down that platform because people have been so indoctrinated over the last decade or so that views and likes are the most important things anyone can have. ‘It’s all about the exposure!’ As i heard so many times, and competing with a platform like Youtube was slightly harder than competing with all of the top photo sites, and what we were bringing to the internet with ClickASnap was completely new, therefore, ever so slightly easier to get traction with than a video platform. This obsession with ‘likes’ and ‘views’ practically destroyed the music industry, if more and more people compete for the same audience, pricing becomes a race to the bottom which is why bands play for free and give their music away for free, and coupled with the ability to pretty much instantly rip any tune, it is generally expected that music has zero value to the average listener. Spotify actually came along and pretty much saved the music industry by creating a revenue source that required neither the content creator or the listener to pay to listen to the content, but, it was paid for by using a third party, the advertiser, to inject the revenue used to pay the content creator.

Image creation is in a very similar boat, ripping an image is usually something that can be done in seconds, (although technology like our WIPT does make this harder) there is no real way of finding out if your image has been stolen unless you happen to come across it wherever it has been used. Modern social media sites don’t care in the slightest about pirated content as to them if it brings an audience in, brilliant! Therefore they don’t police it, and likely never will. I know for a fact that it is possible to prevent all of this and locate stolen images internet wide (I have already theorised the tech to accomplish this) but with no real reason to do so, no current platform (excluding us at some point in the future) will invest the time in this.

If you actually sit down and examine almost all of the major user generated content platforms, from Soundcloud, Flickr, 500px, Meta, Twitter, Google plus and to a lesser extent Youtube they all make huge amounts of money off of your time, your content, and your investment and in many cases actually charge you for the privilege of getting your content to the people who already follow you! Ultimately, I want to change all of this, none of the aforementioned platforms really have any value to the majority of people, yes they let you connect with other people but there are hundreds of ways of doing this without the requirement of enslaving yourself to a social media platform. Clickasnap is just a start, within the platform I want to introduce video, music, and writing .This would allow a huge amount of very talented people to all come together and earn revenue from their work, discover new content and people to work with, Musicians finding photographers for photo shoots, video creators discovering music to add to their content, bloggers using photographers images to enhance their work and so on. I actually have a method of doing this without ‘contaminating’ the site, therefore photos aren’t displayed alongside video, writing isn’t displayed alongside music etc, so don’t get worried that everything will suddenly be non photo specific on Clickasnap as is for example!

Over the next decade computer processing power will increase, and cost per instruction will drop proportionately, perhaps quantum computing will even break through into the mainstream. Storage costs will decrease further, for example in 2012 they were 9.5 cents per GB, in 2018 we currently pay less than 2 cents per GB. Bandwidth has had similar cost reductions, dropping from 20 cents per GB to sub 9 cents per GB. Coupled with smart algorithms to ensure that costs can always be kept low and if revenue can be maintained users could potentially see constant increases in revenue (over years, not days). Instead of a parasitical company like the aforementioned social media sites, (which really have no value other than as to profit off of others work), Clickasnap and it’s ancillary companies can become instrumental in creating sustainable revenue sources for all of it’s content creators, combining the connections social media currently offer with the monetisation that can be created with today’s technology.

None of this is going to happen in the near future, our priorities at the moment lie with making Clickasnap a strong, resilient and bug free platform, and to accomplish this we have a way to go yet. However, once we have nailed this down we will then look to expand into other areas, encourage people to give up those likes and views and data harvesting and  data selling platforms (it’s not necessary to harvest data on users to supply effective advertising, let alone sell it, but that’s another story) and bring people together on an ethical, non parasitical income generating platform, the technology is there today, and will only improve with time.

Thank you for your time in reading this, and i hope, no matter what your skills, to see your work on our platform soon. 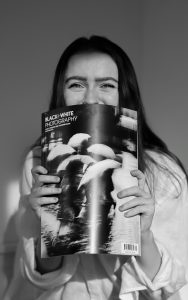 Shooting in Black and White: Techniques and Inspiration

Shooting in black and white can be a powerful way to create striking, timeless photographs. Whether you’re a professional photographer or a hobbyist, experimenting with 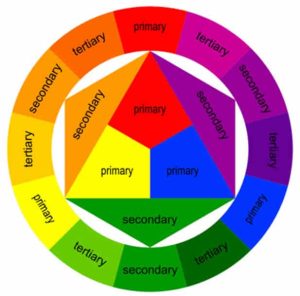