Every year, between the months of January and March, many gardens, and woodlands in the UK blossom in a pure white blanket of delicately drooping flowers. These flowers are known as snowdrops.

Whilst out on my winter walks, I love being greeted by the presence of snowdrops. These little flowers are one of the first signs that winter is coming to an end, and spring is approaching.

Along with their classic white colour it is no surprise that these flowers have long been viewed as a sign of hope and better times ahead.

This week, I took my Canon EOS R5 camera and Canon RF 24-105mm F4-7.1 IS STM lens out to capture these elegant snowdrops at my local National Trust site, Kingston Lacy.

Standing around 7–15cm tall, snowdrops have white bell-shaped flowers which droop at the end of an erect flowering stem with two to three leaves. The inner three tepals (not petals) are smaller with a green upside down ‘v’ visible on the groove.

Crouched on my hands and knees, I captured the image below using a wide aperture to create a bokeh effect (unfocused background). I like that this image shows the flowers ‘drooping’.

When reading about snowdrops, I discovered that there are many tales of folklore that surround the elegant flower, but perhaps my favourite I found, is of German origins. The tale of how the snowdrops came to be the first flower to bloom:

“At the beginning of all things, when life was new, the Snow sought to be a colour.

The flowers were much admired by all the elements, but they guarded their colours jealously.

The Snow pleaded with them to share, but one by one the flowers turned their backs in contempt for they believed the Snow to be cold and unpleasant.

The tiny humble snowdrops took pity on the Snow for none of the other flowers had shown it any kindness and so they came forth and offered up their colour to the Snow.

The Snow gratefully accepted and became white forevermore, just like the Snowdrops.

In its gratitude, the Snow permitted the little flowers the protection to appear in winter, to be impervious to the ice and bitter chill, and to be rewarded with the first bloom.

From then on, the Snow and the Snowdrops coexisted side by side as friends.”

It’s a lovely little folklore tale that resonates with me as I walk through the gardens. The flowers lay softly and silently, comparable to the white blankets of glistening snow. I can imagine them together, cohabitating and talking to one another.

I try to capture the essence of the story, with the snowdrops mimicking the snow. It would have been incredible if there had been actual snow, but where I live, it falls on rare occasions.

The images above and below were taken in a woodland garden, and unsurprisingly the lighting was dim. As I didn’t have a tripod on me, I kept my shutter speed as low as my steady hands could and adjusted my ISO higher in order to let light reach the lens.

Though Snowdrops have been around for centuries in the UK, they are not native species. When exactly they were introduced remains unclear, but it was not until the late 18th century that they were recorded growing in the wild.

They originate from mainland Europe; with more than 2,500 varieties and approximately 20 known species native to Europe and the Middle East.

But don’t worry, I won’t list them all here.

In ancient traditional medicine, snowdrops were famously used to treat headaches and to act as a painkiller.

After a Bulgarian pharmacologist saw remote villagers rubbing their forehead with the plant leaves and bulbs, he decided to further investigate, and in the 1950’s the first alkaloid galantamine was extracted from the snowdrop.

There were lots of medical uses for the snowdrop but in modern medicine today, galantamine is most commonly used for the treatment of cognitive decline in mild to moderate dementia, such as Alzheimer’s disease.

For the more curious wild souls who like to make potions and medicines, I feel it is prudent to add that snowdrop bulbs are poisonous when eaten, so always do your research before touching, picking, and digesting any plants.

I knew I wanted to write about snowdrops the moment they started sprouting from the soil, furthermore, I knew that my local National Trust site, Kingston Lacy, has a spectacular garden full of them. So, I planned to make my way down there.

All week I had been watching the weather of rain and storms, when a small window of opportunity came to go out to photograph these flowers (I mean, they will still be around for a few weeks yet, but snowdrops don’t work on a deadline).

Usually, I would go alone but on this occasion I had to take my dog with me. Note to self: don’t bring an annoying dog.

Normally, I take my time when photographing, especially because I am still in the process of learning. I try to shoot manual as much as I can, to get used to the settings but on this day, mostly due to an impatient dog who thought chewing my rucksack would set him free, I felt a little rushed and shot mostly on auto.

After using manual, I find auto doesn’t always capture what I’m after and like always, many turned out terrible.

But quite interestingly I like taking the good ‘auto’ photos and looking at their specifications. Here I can learn what specific settings can do to an image and the next time I’m out, I try to utilise that knowledge.

I still managed to capture some lovely images and was overall happy given the circumstances. Being outside surrounded by pretty little flowers and a few buzzing bees, is a wholesome day regardless.

And, whilst on the subject of bees! Snowdrops are an important part of the eco-system!

As our winters are getting warmer due to climate change, bees and other insects rely on snowdrops as a vital source of nectar early in the year when many other plants are not in flower.

If you wanted to help them, plant a couple of bunches in your garden!

So, there we have it, the snowdrop.

You may have noticed these flowers before and not given them anymore thought, but hopefully when you spot them on your next outing you will be reminded of not only their delicate beauty, but their strength to overcome difficulties.

We could all learn a little from the humble snowdrop.

If you are out and about and see some yourself, take a photo and share your images!

For now, I leave you with an image of my dog trying to escape by chewing the wrong thing.

Hope you all have a lovely week, 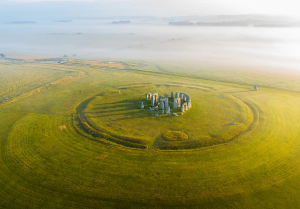 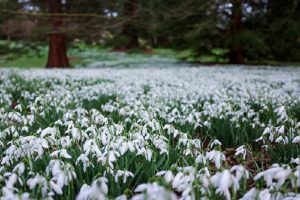 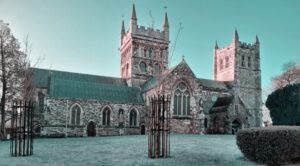 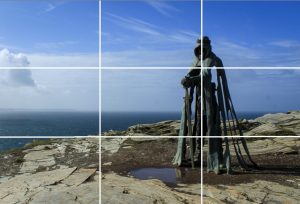 How to Use the Rule of Thirds in Photography

The rule of thirds is a compositional guideline used in photography to make your image stand out and appear more visually pleasing to the viewer.