On my last article which you can read here, I’ve met some few lovely Tagbanua people whom received their “ first Photograph”   a solo project  with the help of Kodak printer Philippines.

On my search for more remote places, I decided to go to Kayangan lake where more tagbanua people lives, Kayangan lake is one of the top tourist spot in the  and full of crowd. I was looking to get more information about places I can go, where no tourist goes and the best people to ask are the Tagbanua people who live in this area.

Kayangan lake is sacred for the native tagbanua in coron, from their old belief there’s a nature-spirits nymphs that dwells in the lake. Back then even if you are a member of the tribe, you still need to get permission from the Elders to gain access. But in the year 2001, The tribe decided to open the lake for the tourist, this is now one of the most sort after tourist spot in Coron Palawan.

Apart from the lakes, Coron islands also has numerous sites of Japanese shipwrecks sunk back in world war II, which is now a great diving spots for divers who wanted to experience both historic and marine adventures.

I’ve meet  Trudis an old lady who  lives in the guard house  who also look after the Lake.  She let me in and had chat with, People from kayangan lake lives more comfortable than in people of Balinsungan because they get the tourist funds first hand.  There I’ve learned that Trudis is one of the members of the tribe who gives traditional ritual every full moon, the people gives offerings to the spirits who dwells in the lake, whom they believed as their late ancestors.  They still believe in Animism a religious belief that objects, places, and creatures all possess a distinct spiritual essence. Potentially, animism perceives all things—animals, plants, rocks, rivers, weather systems, human handiwork, and perhaps even words—as animated and alive.

I’ve learned that the ritual has been passed through generations specially on fishing day. Now they still do but not to ask for a good catch but for safe passage for tourist.  Every full moon they gather and Trudis performs a prayer and speaks to the spirits whilst offering chickens or rice with wine, placed on top of a rock somewhere in the lake. They believed that by doing this, spirits will not be upset and violated by the people from the outside who wanted to visit the beautiful lake. Shame that I was not able to witness this practice but that’s a good reason for me to go back.

Trudis as well as the other tagbanua’s who I’ve met in the lake gave me information on my next where about. I told them my mission in the island and was happy to help me. As a thank you for letting me in and sharing information with me, I printed images from my Kodak mini printer as a sign of giving thanks. 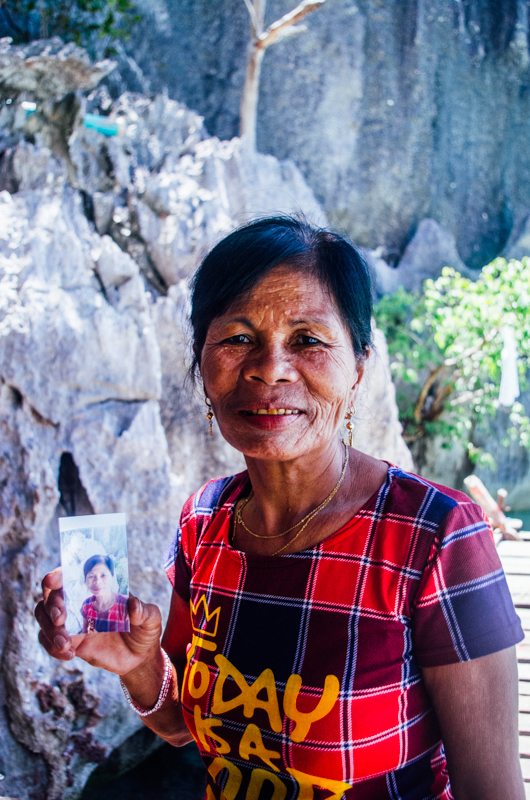 Tagbanuas in kayangan lake use some of the tourist money to build schools and houses, some of it are used to pay wage for locals to improve the path or trail going to the lake to make it safer for tourist to access. What really impressed me was – how they kept the area so clean and organized. I wish all the tribes in the Philippines are like this who flourished, kept their beliefs and traditions but also kept their grounds clean even it’s been flocked by so many tourist.

After a short visit to the crowded Kayangan Lake I noticed two small native houses very near where all the tourist boats were passing. I saw someone in the water and was curious what he was doing, knowing very well it was probably a Tagbanua man doing some type of fishing. I asked our boat driver if it would be alright to get in the water and see what was going on. I ended up spending a few hours with Lando watching him spearfish and was later invited into his home. I warmly greeted by his wife and son. 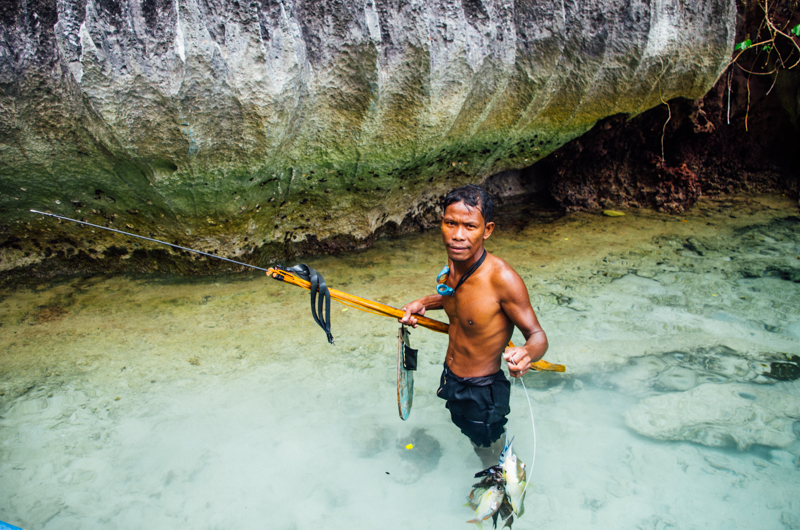 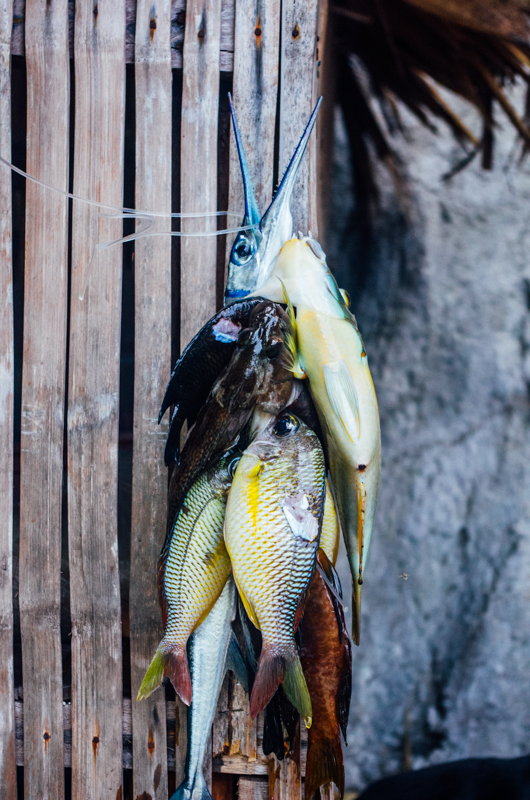 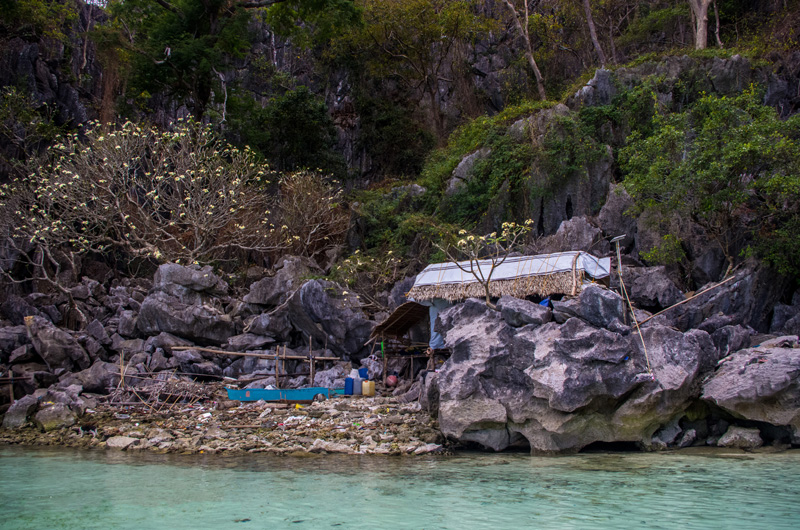 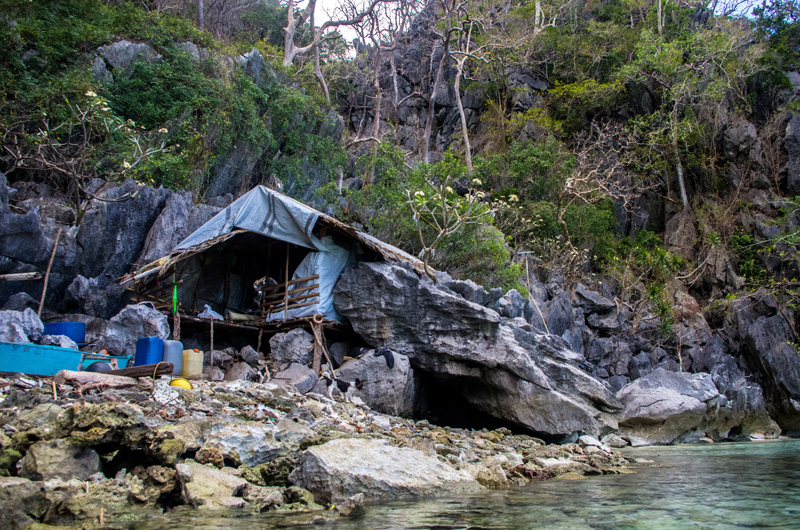 I’ve asked Lando if he had seen himself on picture before and he did say “YES” as well as his wife, but their son Joboy  never did. Joboy is  9 years old prefers to live with his parents rather than living with their relatives in Cabugao island, which is two hours boat ride from kayangan lake. In Cabugao island there’s school free for indigenous people, but Joboy chose to help his parents instead.

I took out my camera and printed pictures for Joboy and his mother Joan as a simple gift to them for accommodating me that day,  on the look of their  faces  I can tell it was happy a experience.  This is just a little visit from kayangan Lake. Please follow me on my next stop which is Marcilla which entitled ” THE WATER WORLD” somewhere southeast of the island next week! 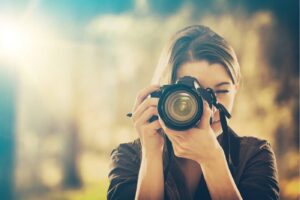 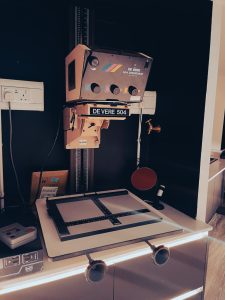 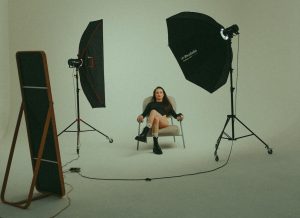 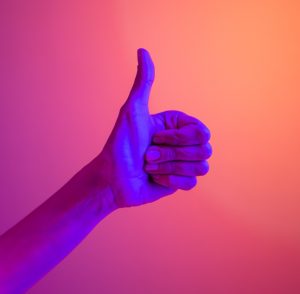