A Quick Intro To Camera Gimbals

A gimbal is a pivot point that gives an object — like your camera — the ability to rotate freely around one axis. Shooting with a gimbal gives you a great ability to shoot from many different angles. Gimbals are most associated with shooting video, but you can also get a lot of utility out of using them for still photography. Most camera gimbals combine three individual gimbals to give you three full axes of camera rotation. I’ve found the following while using my gimbal for the Sony A6000.

Benefits Of A Camera Gimbal

Add Motion Without Any Shaking

Before photographers had access to gimbals, camera movement options were limited. You would be limited to a tripod mount or taking your camera into your hands. Modern, compact gimbals allow you to move your camera virtually anywhere. They add stability to moving shots in a way that could only be duplicated with massive, specialized camera rigs before.

Incorporate Many Motions Into A Shoot

Without gimbals, the planning process for shots that involve movement can get tremendously complicated. Intense preparation would be required for even the simplest camera motion, and combining multiple motions would be incredibly time-consuming. Using a gimbal allows you to incorporate motion into your photo or video shoot in a more spontaneous manner. You can easily move your camera around with minimal preparation.

A gimbal is, virtually without exception, the lightest stabilization tool you can add to your camera. This becomes significant on extended shoots, where your gimbal keeps camera operation comfortable and easy. Heavier stabilization equipment drains you of energy and makes your arms sore, ultimately limiting the amount of shooting you can do in a single session.

The Limitations Of Gimbals

While gimbals are versatile and useful, you need to bear in mind that they are not foolproof and they are not magic. Some things remain difficult or impossible, even with a gimbal attached to your camera. Consider the following limitations:

Though a gimbal makes your camera more stable, it does not deliver the same professional-grade results as serious camera movement tools like dollies, jibs, and sliders. Gimbals improve the quality of the footage you get from hand-held shots, but they do not magically turn freestyle shots into anchored ones. Note that this applies more to shooting video than still shots; gimbals are excellent for photography as opposed to movie-making.

Like any camera gadget, a gimbal comes with the temptation to find ways to use it on every shot. You have to let your creative impulses dictate how you use your camera rather than letting your new equipment call the shots.

A multi-axis gimbal allows you to smoothly tilt, roll, and pan your camera. Most gimbals are powerless to affect the vertical movement of your camera, though, so you have to actively work to minimize such movement. Any vertical movement you let through can adversely impact the quality of the video you’re shooting.

Gimbals Can Be Rotated Or Inverted

Gimbals are built for convenient handling when the operator holds them close to his or her waist or chest. This doesn’t stop you from inverting your gimbal if this is the best way to capture the shot you’re looking for.

Even the best videographer can be held back by equipment that’s not performing up to par. Balance your gimbal according to the manufacturer’s directions to ensure it’s working properly. An unbalanced gimbal will respond slower, consume more battery power, and subject the motor to undue stress.

Get Ready To Get Stable

A gimbal is a great investment for your camera kit, particularly if you want to put your camera in motion without spoiling your footage with shake. With a gimbal, you can get great motion results even with an unstabilized lens.

PrevPreviousMaking money with photography. Part 3
NextIs Clickasnap worth it? 2019 reviewNext 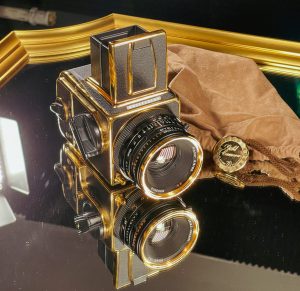